If it’s made in Baltimore, you’ll hear it on Baltimore Hit Parade — every Tuesday at 10 p.m. and Sunday at 4 p.m. 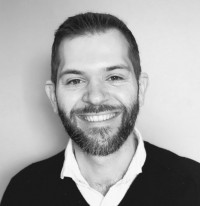 But WTMD’s commitment to Baltimore music goes beyond Baltimore Hit Parade. The station plays Baltimore bands every day, side-by-side with national artists. We believe quality music should be heard by all – no matter where it comes from.

Since he began hosting the show in 2006, Sam Sessa has interviewed hundreds of Baltimore bands, covered events such as South by Southwest and the Virgin Mobile Festival and contributed music news stories to the station’s daily shows.

Loosen your belts, ladies and gentlemen: this Thanksgiving, WTMD is serving heaping portions of Baltimore Hit Parade all day long. This belly-busting marathon of Baltimore and Maryland music starts at 7 a.m. and runs through [...]

To celebrate the 10-year anniversary of their landmark album "Civilian," the duo Wye Oak (Jenn Wasner & Andy Stack) share intimate stories and details about the album's creation and their musical ideologies with WTMD's Sam [...]