Baltimore Public Radio Reunion set for Dec. 8 at the Baltimore Museum of Industry 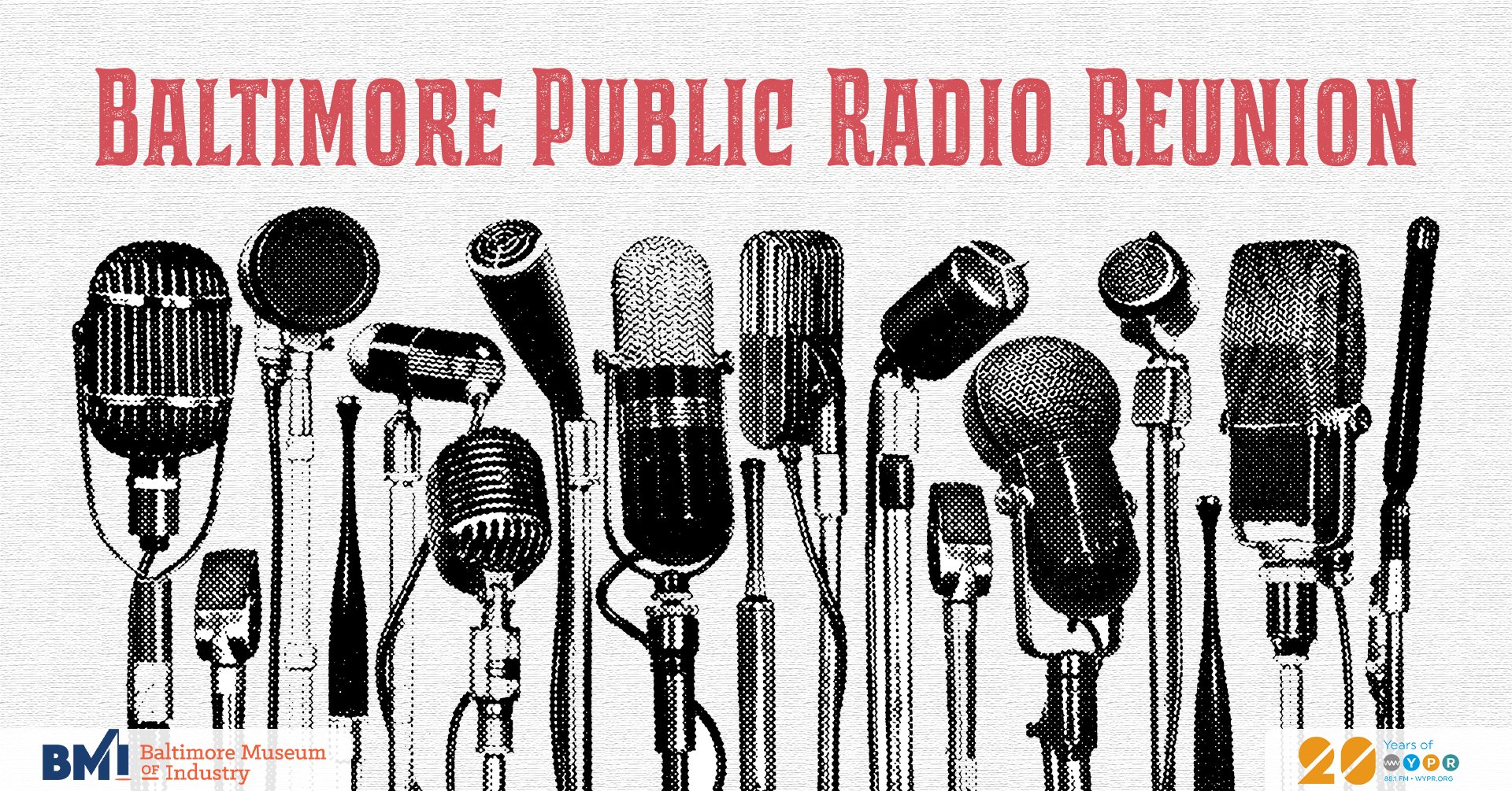 From the 1970s to today, public radio has had a remarkable impact on Baltimore’s news, music and culture.

Over the years, countless listeners have tuned in to the city’s four largest public radio stations – WYPR, WEAA, WBJC and WTMD – not only to listen but also to be part of the conversation.

Join us on Thursday Dec. 8 at the Baltimore Museum of Industry for a celebration of public radio’s rich history in Baltimore, as told by some of its most recognizable voices.

They’ll share stories of memorable moments from behind the microphone, along with station managers such as Tony Brandon (WYPR) LaFontaine E. Oliver (WYPR, WEAA) and more.

The Baltimore Public Radio Reunion is a chance to meet some of your favorite public radio personalities, and also learn more about how these stations came to be, and what the future may hold.

Tickets (available here) are $15 for members of the BMI, WYPR and WTMD and $20 for the general public.

Tickets include drinks and lite fare, as well as access to the museum, which has plenty of free on-site parking.

Doors open at 6:30 p.m. and the program begins at 7 p.m. Thursday Dec. 8 at the Baltimore Museum of Industry, 1415 Key Highway in Baltimore.