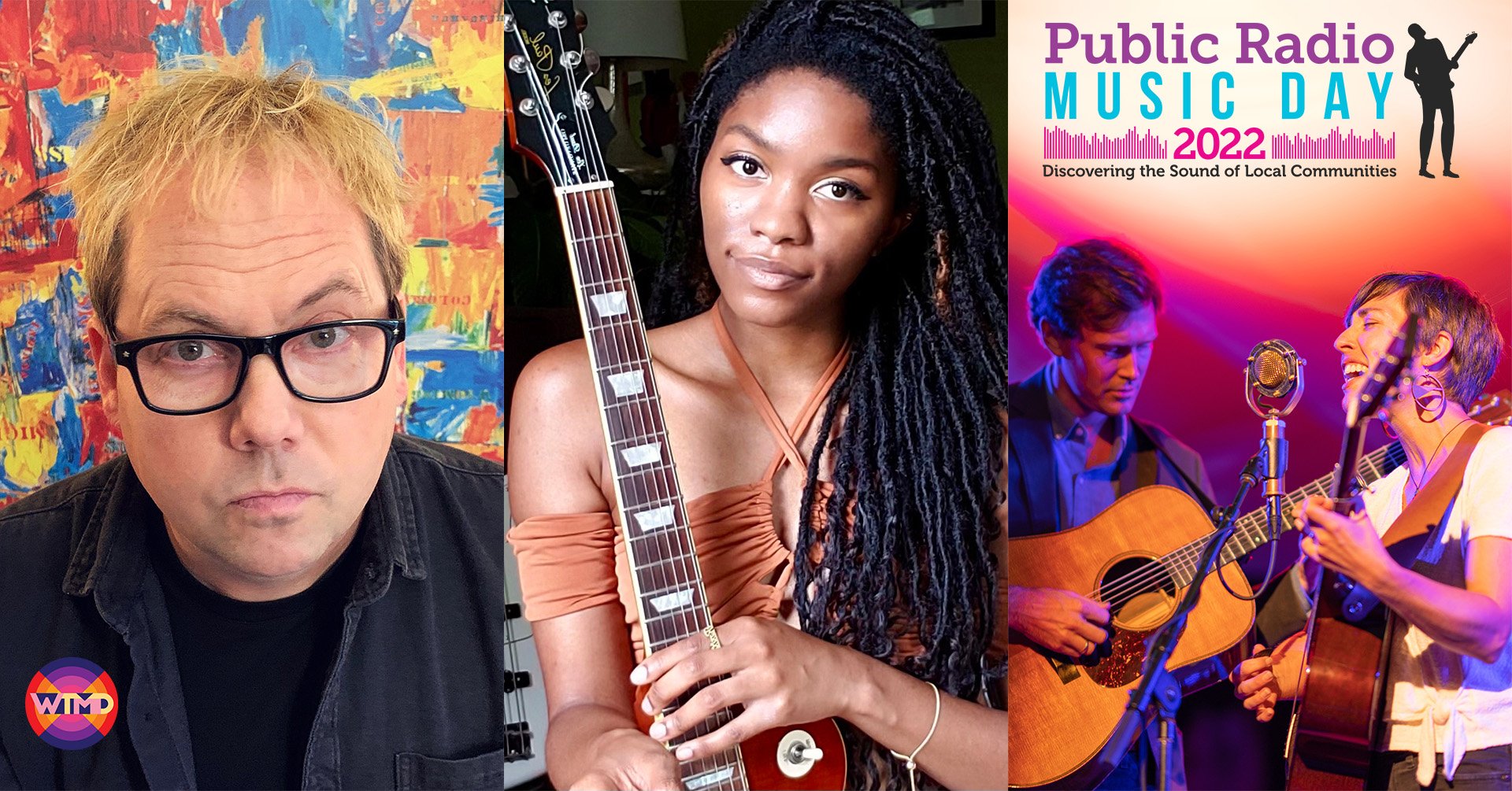 Left to right: Cliff Hillis, Evan and The Honey Dewdrops will perform in studio as part of WTMD’s Public Radio Music Day celebrations Oct. 26. Cliff Hillis and The Honey Dewdrops will perform for free at noon for a live studio audience, and Evan will join Carrie Evans on air for an exclusive private session that evening. Plus, Jimi Haha of Jimmie’s Chicken Shack and Jordan Sokel of Pressing Strings join Alex Cortright on the morning show.

The third annual Public Radio Music Day is Wednesday October 26th, and all day long WTMD is featuring some of your favorite Maryland artists.

Start the day with Pressing Strings front man Jordan Sokel, a singer/songwriter and champion of public radio who recently performed at our September First Thursday Festival. He’ll be followed by Jimmie’s Chicken Shack lead singer and all around local legend Jimi HaHa. Tune in for music and conversation with both Wednesday morning with Alex Cortright.

Then join us in the WTMD performance space at noon for a special Locals Only Live Lunch featuring performances from singer/songwriter Cliff Hillis and The Honey Dewdrops.

Hillis has collaborated with Rhett Miller and Aaron Lee Tasjan and fronted the local power pop band Starbelly. And The Honey Dewdrops are an experimental folk duo with airtight harmonies and poignant songwriting, who have been friends of WTMD and favorites of the local Americana scene since moving to Baltimore in 2015.

Be a part of the in studio audience Wednesday, October 26th. Doors open at 11:45 a.m., and the double feature with Cliff Hillis and The Honey Dewdrops starts at noon at our performance studio, 1 Olympic Place in Towson. This show is free and open to the public.

And end your day by discovering one of the most exciting newcomers on the Baltimore scene: Evan Nicole Bell. She recently went viral with a post of her Albert King cover, and she’ll join Carrie Evans in-studio during the drive home on Wednesday afternoon.