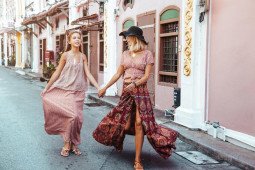 Another way of saying the Shadow bands name is, Terror! At Studio 54. They are one of the few bands that hail from Las Vegas.

In the UK this is the third biggest selling single of all time. In the US it reached the #9 position on the Hot 100 Chart in 1976 but after being featured prominently in the film Wayne’s World in 1992 it went all the way to #2.