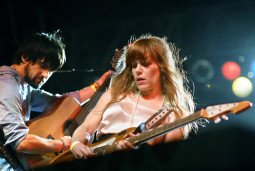 The Shadow is a collaboration between 3 artist’s, or 4, depending on whether you count them singularly or with their group. The first once made an album with Jonathon Rice. The second is a duo, one of whom is married to Russ Pollard a one time member of Sebadoh, The Folk Implosion, and Everest. Last but not least, the remaining collaborator is also a member of Bright Eyes and The Monsters of Folk.

The original artists are also a collaboration, or in this instance more aptly described as a super group, made up of 5 musicians. All, but maybe one of whom, are cultural icons.

The song was primarily written by one of The Beatles.