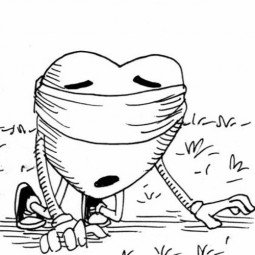 The original artists were included in yesterday’s 5 O’clock Shadow clue for having been inspired by Buddy Holly and The Crickets.

The Shadow artist was also influenced by Buddy Holly, even mentioning him in his Nobel Prize acceptance speech.

This is one of the many songs written by the original artist inspired by the actress Jane Asher.