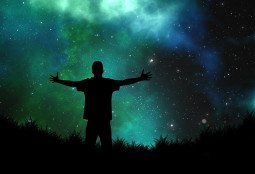 Along with Dorothy, The Scarecrow, The Tin Man and the Cowardly Lion the original band is one of the most well-known and recognizable foursomes of all time.

The Shadow artist’s parents are folk singers. In addition to releasing 9 albums he has also written 2 classical operas.