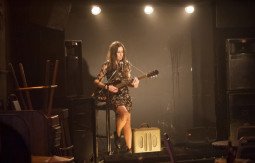 June Carter wrote this song and her sister was the original performer.

The song was made famous by another singer/songwriter who added horns and released his version 6 months after the original.

The Shadow artist worked with T-Bone Burnett and incidentally Roseanne Cash on the music for True Detective season 2 and appeared as a musician in several scenes.