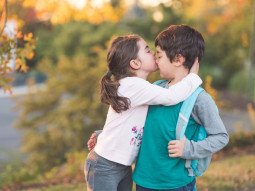 This is a little tough for a Tuesday but the payoff is worth it.

The original band are a punk band out of Leeds. Rolling Stone ranked their 1979, debut album as the fifth greatest punk album of all time. Michael Stipe cites this band as one of R.E.M.’s chief influences; Flea has stated that the original band were the single most important influence on the Red Hot Chili Peppers early music and Kurt Cobain ranked their debut album 13th on his list of his 50 favorite albums in his journal.

Now for the tough part: The Shadow artist is a synth-pop performer who won a Grammy in 2011 for Best Electronic/Dance Album. They used to be a duo but are now simply singer Elly Jackson.

The song was the original band’s debut single.