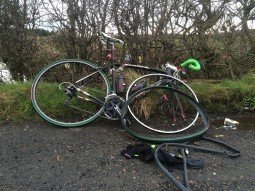 The lead singer of the Shadow band was once married to actress Zooey Deschanel.

The lead singer of the original band is one of the most polarizing figures in music.

Though the song has come to be known as the original band’s unofficial theme song according to the band’s guitarist none of them particularly like it.

The accompanying photo depicts the first line in the song.