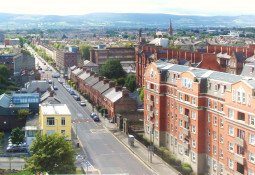 The influence of Lou Reed and Van Morrison is evident on this song that deals with heroin addiction in a Dublin neighborhood and its effects on the body and the resulting poor choices that people often make.