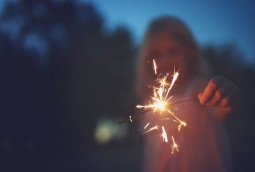 On this day in 1984 the original version of this song was sitting at #2 on the Billboard Hot 100 chart.

It was the first single off an album which became a major commercial success and included 6 top ten songs and lots of American flag imagery.

The Shadow artist was born in Richmond, Virginia and is a member of the indie rock supergroup Boygenius.