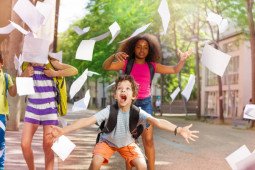 We’re going full throttle in to summer this week with The Shadow.

Many consider this the original artist’s signature song. Their lead singer has said he was inspired to write the song when answering the question, “What’s the greatest three minutes of your life?”

The original artist’s front man legally changed his name to his stage name (also the band’s name) and continued as a solo artist after the group disbanded in 1975.

The front man for the Shadow band famously dated Winona Ryder for a few years in the early 90’s and had a small role in her film Reality Bites.