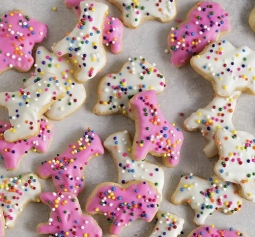 These cool and colorful Detroit rockers, who once had Led Zeppelin open for them, reached the top 10 and earned a gold record for this cover in 1970. Their psychedelic tinged performance is stunning in its power and drive.  Tell your children to do what they have done.

Rising stars of the British Rock Invasion whose name starts at the beginning of the alphabet went to number one with their debut single in 1964. Their record label sent boxes of animal crackers to American dj’s as a promotional gimmick.
By Megan|2021-05-05T12:07:18-04:00May 5th, 2021|Categories: 5 O'Clock Shadow|