On this episode of “Distorting Time,” host Dan Deacon sifts through genres and generations to compile two hours of music from a diverse group of artists and composers. This episode originally aired midnight to 2 a.m. May 1 on 89.7 WTMD: 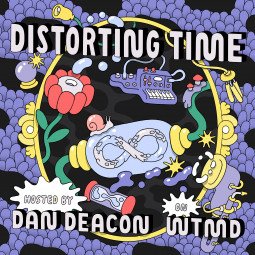 1. “Wave Code A-Z” by Takehisa Kosugi
2. “The Emperor & Jamie” by Donald Byrd
3. “Archipelagos of Sounds in the Ocean of Time” by Sofia Gubaidulina
4. “Sea, Shore, See, Sure?” by Rimarimba