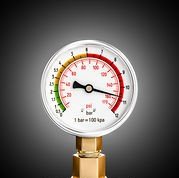 This song has one of the most recognizable bass lines of all time and believe it or not it was almost lost to the cosmos when the band took a pizza break.

The original was a collaboration between two of the UK’s biggest rock stars.

The song was later sampled by a man, I will loosely refer to as a rapper, who had a huge hit with it in 1990.

The Shadow artist today is from Virginia and has released 27 albums since 1994. He is a multi-instrumentalist who has toured with Yonder Mountain String Band, The String Cheese Incident, Umphrey’s McGee and Ratdog.