The second installment of Dan Deacon‘s new radio series “Distorting Time” had a more propulsive vibe than the first, as Dan 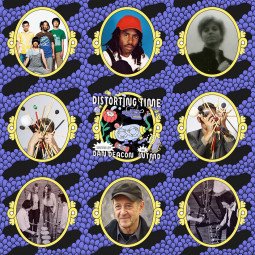 The second episode of “Distorting Time” with Dan Deacon was percussion-themed, and featured four pieces in two hours.

explored more percussive pieces by a variety of composers.

Each hour had only two musical pieces.

Here is the setlist for Episode 2 of “Distorting Time”