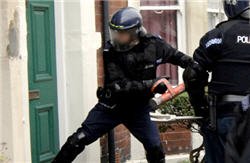 Okay this Shadow was only released a few days ago but it’s going to make you cock your head and say, “wait, I know this song”. It is a really groovy version of a well-known song from the 90’s. The album the song appeared on was originally supposed to have ‘Liquid’ in it’s title as well but that was just too gross.

The lead singer of the original band celebrated his 49th birthday on Wednesday.

The Shadow artist are a funky, L.A. cover band. They have two permanent members who are joined by a continuously rotating line up of quality musicians, in this particular case former Marylander Kyle Jeffrey Crane is on drums.