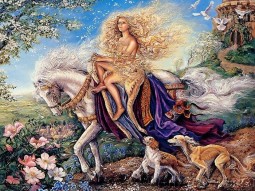 The lead singer of the Shadow band did a stint as a writer for The Fader and also starred in a Little Ceasers commercial. The duo decided on their name after one of them lived in New York City for a time and wound up suffering from seasonal depression.

The original band name was a combination of the drummer and bass player’s surnames. Additionally before the bass player in the band married the keyboardist her last name was Perfect.

The song’s writer used to introduce this song as being about a Welsh witch.