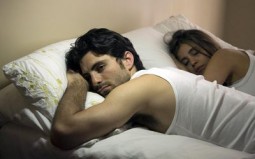 This is likely the most popular song written by an All-Pro NFL star.

The idea for the song came from an article about a man arrested for getting drunk and shooting at his girlfriend’s car. The judge asked him if he had learned anything, to which he replied, “I learned, Your Honor, that you can’t make a woman love you if she don’t.”

The original artist appeared as herself in the film Urban Cowboy.

The Shadow artist stage moniker is a combination of the words folk and soul.

Bruce Hornsby plays piano on the original version of the song.