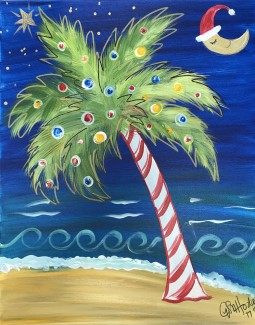 The title of this song is nine words long but is often pared down to just 3. It was written in Hollywood, California during a heat wave as the writers imagined cooler conditions.

Despite the lyrics making no mention of any holiday, the song has come to be regarded as a Christmas song.

The original version was recorded in 1945.

The Shadow version was released 7 days ago BUT this is not the first Christmas song the Shadow artist has enlisted the independently well regarded, rock-a-billy, Shadow band to back him up. In fact they released a live Christmas album together back in 2015.