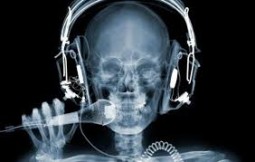 If you are like me you didn’t even realize the 80’s version of this song was a cover.

The original band’s popularity grew after they opened for the Dave Clark Five and won a Battle of the Bands competition in Houston, Texas in the 60’s.

The Shadow artist were part of the vanguard of Alternative Rock. They broke up, amicably, in 2011.

On The Shadow version the band’s usual lead singer hands vocal duties over to the bassist.