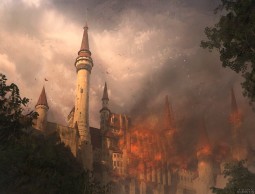 The Shadow artist are from Philadelphia but have spent a lot of time in Baltimore as they are big baseball fans and love catching games at Camden Yards. They were out on the road with The Lumineers before the pandemic cut the tour short.

The original artist is married to an actress who has played a one-eyed assassin, a robot and a mermaid in various popular films.

The song uses a variation of D-modal tuning. It’s a popular technique in classic Irish music. The lyrics of the song are ironic as the chorus is seemingly hopeful, while the verse is about someone dying in a gutter.