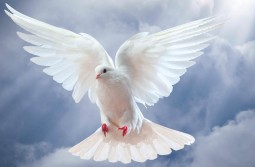 When the original songwriter saw television footage of nearly half a million anti-Vietnam War protesters singing this song outside the White House in November 1969, he considered it to be “one of the biggest moments of my life”. The original song is credited to a “band”, which the songwriter often used on his recordings.

The song is an anti-violence anthem.