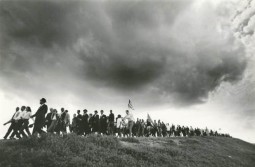 The original singer’s original band were the first to record the song and released it on an album of the same name in 1965. The civil rights protest song was written by the original singers Dad/bandmate.

This version is taken from the original artist’s 2008 album Live: Hope at the Hideout.

The Shadow artist released their version in 2017 on their album of the same name.