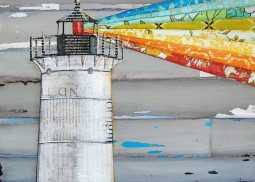 This song comes from the bands 1986 album but was not released as a single until 1992. It quickly became a fan favorite standing out for its ideal balance between the singers irreplaceable voice and the ingenious ability of their guitarist who called it, “the best song I’d ever heard.”

The cover artists are an indie pop/dream pop band from Pennsylvania who signed their first record contract while still in high school. Many music fans thought they were an English band because they recorded their debut record in London. They cite the original artists as a huge influence on their sound.