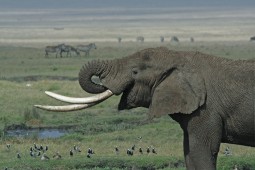 The original band started out as a blues based band in London in the late 60’s. Their name is a tribute to the band’s rhythm section as it is a combination of the drummer’s last name and the bassist’s nickname.

The Shadow artists are a west coast band where three of the band members attended high-school together. The Shadow artist’s name is a synonym. One of the Dessner brothers from The National produced their second album.

This was the title song from the album. The University of Southern California marching band played on the original track.