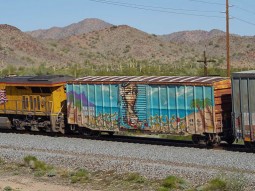 The original band were very influential to alternative rock artists like Nirvana, Radiohead and Weezer. They were more popular after their break-up than when they were together, leading to their reunion in 2004.

The song is rumored to be about a drug deal but the songwriter says he wrote it at age 15 about hobos and earthquakes.