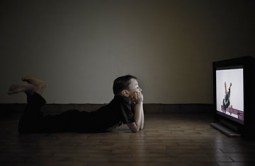 The song was originally released in 1967 but has subsequently been covered by countless others including The Damned, Matthew Sweet and Susanna Hoffs, and today’s Shadow artist. The song is also a description of how many of us are feeling during these unprecedented circumstances we currently find ourselves in.

The Shadow artist band is named for a border town in California though their name could also be seen as a blend of their musical styles which incorporates Americana, Tex-Mex and Indie-Rock.

The singer/guitarist who wrote this song with the original band began his career in music as a roadie for The Byrds.