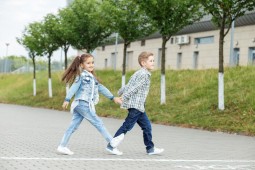 The Shadow artist is actually two artists, one of which has done several collaborations with others including Monsters of Folk and Better Oblivion Community Center. The other is a duo made up of sisters who wrote a song where they mention Emmylou Harris, Gram Parsons, June and Johnny Cash.

The original band are a duo who were once married. He took her last name. The marriage broke up in 2000, the band in 2011.