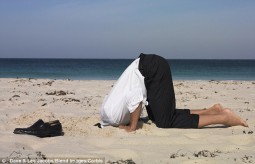 The original band are often referred to as the greatest band of all time.

The Shadow band has 3 singers and 4 songwriters. They are British and have been friends since they were teenagers. Three members of the band recorded an album using only IPhones in the back of the tour bus. The record exists only in streaming form.

The cover version of this song was recorded when Philips Electronics chose The Shadow artist  to cover it for a $100 million ad campaign for Philips new lines of flat panel and high-definition television sets. The cover song was not released on an album until 2000.

The song is about things improving.