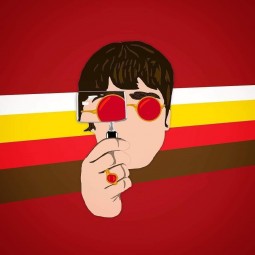 The Shadow artist’s first name is a synonym for the God Indra. His middle name was inspired by a Star Wars character. He is often referred to as the leader of the “Freak folk” sound.

The song’s title was picked as a reference to a 1979 David Bowie song. Some lines in the song were actually lifted from John Lennon.