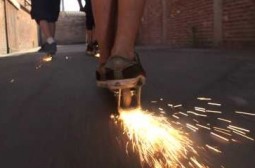 The Shadow artist started in Boston, Massachusetts. Although they are often lumped in to the alternative rock boom of the 90’s they have always leaned a little more punk and surf rock and never achieved the commercial success of the bands they influenced.

The original artist are from Scotland and are led by brothers. The band was first called The Poppy Seeds, and then Death of Joey before settling on their final band name.

The song was on the original band’s third album, often critically panned for the use of a drum machine and synthesizers but because of songs like this one, which have stood the test of time, it has become a fan favorite and most critics have acquiesced to its admirability.