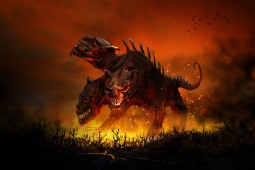 The Shadow artist has a unique name. Her last name is defined as the period between sunrise and sunset. She has toured with Fitz and the Tantrums, Michael Franti and most recently Lana Del Rey.

The original artist officially announced their split in 2011 but played their last performance together in 2009 on Late Night with Conan O’Brien.

The song has a very distinctive sounding bass line BUT it’s not a bass. The original band had no bass player, so the popular riff is actually a guitar with an octave effect to sound like a bass. Fans at sporting events around the world have taken to chanting this guitar riff. In keeping with the title of the song the riff consists of seven notes that are repeated in the same order throughout the song.