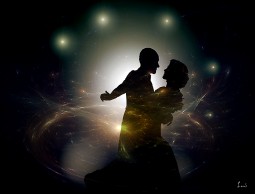 The original artist is one of the world’s best-selling artist. He is known for lengthy, energetic live performances and socially conscious lyrics. His nick-name is The Boss.

The Shadow artist is from Richmond, Virginia. In addition to her solo work she has a band with Phoebe Bridgers and Julien Baker.

The song is about the difficulty and frustration of trying to write a hit. The video for the song was the first star turn for Courtney Cox, who later went on to star in Family Ties and Friends.