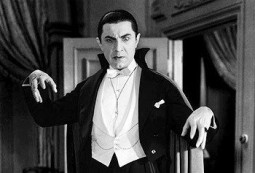 Halloween Eve. Time to stock up on overpriced candy, make sure the porch light is working and beware of bloodsucking Shadows.

The undead, ghoul referenced in this song is only used as a metaphor. The song was the first single off the original artist 3rd album. It was their second highest charting song and it won a Grammy for Best Hard Rock Performance.

The original band hail from Chicago and though they broke up for a long period they have reconvened with all the original members except the bass player.