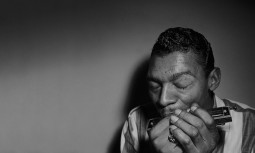 The original artist is the only person to have been inducted in to The Rock and Roll Hall of Fame specifically as a harmonica player. He played in Muddy Water’s band for years but was actually more commercially successful than Water’s having written 14 top ten hits from 1952-1958, including two number one hits.

The Shadow artist celebrated their 50th Anniversary in 2012. They were inducted into the Rock and Roll Hall of Fame in 1989. Rolling Stone magazine ranked them fourth on the “100 Greatest bands of all time” list and their estimated record sales are above 250 million. They have released 30 studio albums and 23 live albums. The group also continues to sell out venues.