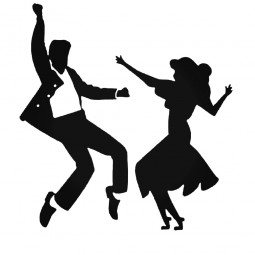 The original song was a big hit in 1958. It is rumored that a sixteen year old Jerry Garcia played guitar on the original recording. The song has been used in countless films, including American Graffiti. The song has been covered by various artists. Six cover versions also made it on to the American music charts, but the Shadow wasn’t one of them. Not one version of this song, including the original ever charted in the UK.

The original artists only had one other hit, a song written with Sly Stone in 1964.

The Shadow artist is one of the most influential, admired and loved songwriters of all time. This album was recorded and released during a time in life the artist has referred to as a “lost weekend”.

There is a bonus clue in yesterday’s clue.