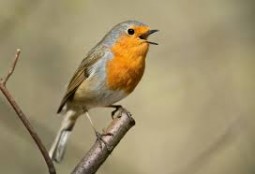 The original artist was an English singer, songwriter and peace activist who gained worldwide fame as the founder, co-lead vocalist, and rhythm guitarist of the most influential band of all time. Today would have been his 79th birthday.

The Shadow artist is a P.G. County girl. She graduated from Bowie High School and worked summers at Wild World Amusement Park (now Six Flags). She made a duet album with the “Godfather of Go-Go”, Chuck Brown. She was basically unknown outside of the DMV. She died, tragically early, at age 33, without ever getting signed to a record deal. Her album Songbird would eventually earn six times platinum status in the UK and be certified gold in the U.S.

BMI named this song one of the 100 most-performed songs of the 20th century. The song ranked number 30 on the Recording Industry of America’s list of the 365 Songs of the Century bearing the most historical significance. It earned a Grammy Hall of Fame Award and an induction into the Rock and Roll Hall of Fame’s 500 songs that shaped Rock and Roll. Guinness named it the second best single of all time, while Rolling Stone ranked it number three in their list.