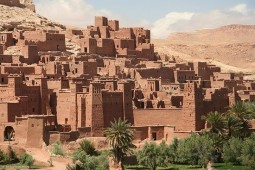 In their native country the original band had 17 songs reach the Top 40 charts. In the U.S. only two made it in to the Top 40. It’s rumored that all along the band intended to break up once they “conquered” America. This song was their biggest hit in the U.S. and they broke up 3 years after its release.

The shadow artist died 6 days before his 60th birthday. He was born in Algeria but lived most of his life in France, where he was known for mashups of Arabic hits over classic rock staples like Led Zeppelin.

The song was written by the original band’s drummer. Some have speculated the Shadow artist was the inspiration for the original song.