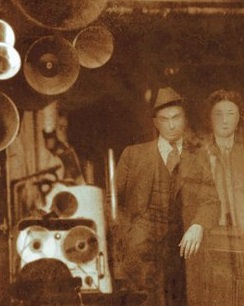 The original artist has played a vampire wannabe, a prospector, himself, as well as the devil. He’s been in dozens of critically acclaimed roles in movies over the last 40 years. He’s also a poet, a great interview, and a musician. This one originally comes from the soundtrack of the film “Big Bad Love” but was later released in 2006 as a “Bawler” ballad on this triple album.

The Shadow artist is a husband and wife duo from Kansas named Kori and Jason Hammel. The fact that they are married makes their band name a bit understandable.  They do this Shadow on a 2010 album of covers called “Crushes”.

The 5 O’Clock Shadow is made possible by Coney Island Brewing.