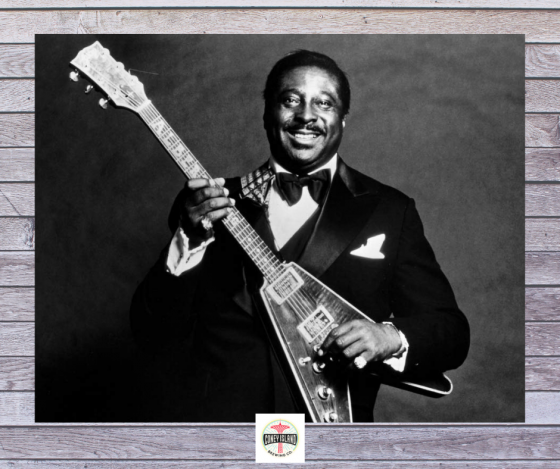 Today would have been the 96th birthday of guitarist Albert King. He is known as one of the “Kings of the Blues” (along with B.B. and Freddie) and also as the”Velvet Bulldozer” for his smooth style and larger size. He has been covered by multiple artists and today we are looking for two.

Artist number one was a child guitar prodigy and started playing with a famous band that his uncle was in, as a teenager becoming an official band member at age twenty. He has since had his own excellent band and most recently a band with his spouse.

Artist number two had several pop hits in the eighties, the most famous being a song about young women enjoying themselves!

The song says it’s ok to not feel happy and was written by Mr. King.