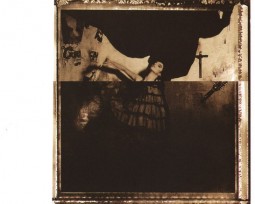 The original version of this song has made a huge impact on modern pop culture. Conceived while scuba diving in the Caribbean Sea, this song has reached Mars, courtesy of NASA, and has been used in countless advertisements, movies and TV shows and video games. Considered one of the bands signature songs it has been covered dozens of time and in three languages. You could lose your mind trying to keep up with all that activity.

The cover artists, a bluegrass/folk outfit, have played in every state except Hawaii. They are a popular attraction at many outdoor music festivals around the world and will be in Baltimore on Saturday. With all that travel it’s easy to see how their minds might wander.
The Shadow is made possible in part by Flying Dog Brewery.
By WTMD Staff|2018-08-17T14:13:11-04:00August 17th, 2018|Categories: 5 O'Clock Shadow|