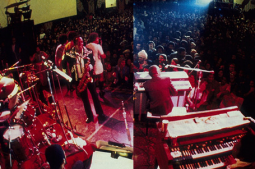 Rolling Stone ranked this song of friendship number 48 on the 500 Greatest Songs of All Time list. It was the winner of numerous Grammy Awards in 1971. A young female soul singer who was on her way to royalty would record the song and made it a gospel inspired masterpiece that went to number one on the U.S. R&B charts.

The original version was this folk rock duo’s biggest hit of their career and is considered to be their signature song. It has been favorably compared to songs like the Beatles “Let It Be”.