WTMD’s Baltimore Alternative Music Awards is a new way of showcasing the area’s best music – from albums to songs to live performances – in our format.  Some of the best music in the world is made right here in our backyard, and WTMD is one of its biggest supporters. 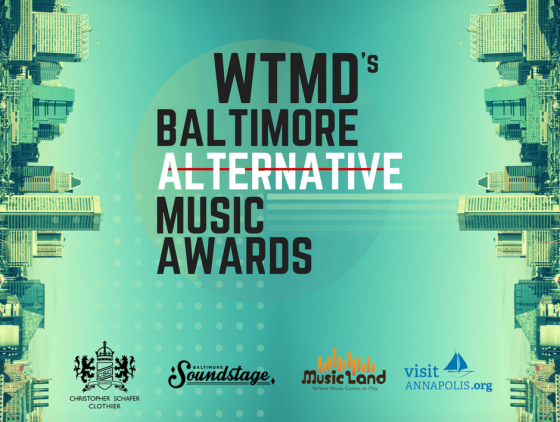 Song of the Year

“Preaching To the Choir” — Snakes

“Never Look Back” – The Herd of Main Street

Album of the Year

“Sleeping With the Lights On” – June Star

“Destroyers of the Soft Life” – J. Roddy Walston and the Business

Artist of the Year

In-Studio Live Performance of the Year

Lafayette Gilchrist and the New Volcanoes on Baltimore Hit Parade

“Monsters in the Dark” — MyKey

“Monsters in the Dark” — MyKey

“Right Where You Want Me” – The Last Year

Concert of the Year

J. Roddy Walston and the Business at The Ottobar

Future Islands at The Ottobar

Band We Wish Would Reunite


For decades, Milton Duggar has been a tireless champion of Baltimore’s soul and rhythm and blues musicians.

In 1967, he founded Bay Sound Records, which quickly became one of the area’s top record labels. Its roster included the Bleu Lights, (pronounced “Blue Lights”), Clay Hunt, the Fuzzy Kane Trio and the Chaumonts. Milton himself was the singer of the Chaumonts, a racially integrated soul band featuring a teenage guitarist named Carl Filipiak.

Milton recorded with George Massenburg, who would go on to become one of the world’s best known and most innovative recording engineers.

For years, he was a host of a monthly Doo-Wop radio show on WEAA.

Today, more than 50 years after he founded Bay Sound Records, Milton continues to support Baltimore soul and R&B artists and is a vital part of this city’s musical history.

We are proud to honor Milton Dugger as the recipient of the very first WTMD lifetime achievement award.

*The awards are for music released and performed in 2017.