The original band was formed by childhood friends in the early 60’s. They are still playing together today. The song was released as a single with the B 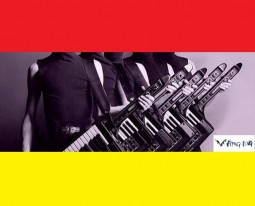 side being; “The Under Assistant West Coast Promotion Man”.

The Shadow Artist (one of many) consisted of two sets of brothers and a friend (all from Ohio). They had a big hit in 1980 and maintained a cult following.