The Ottobar, a gritty haven for live music of all stripes, turns 20 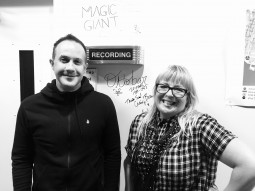 Twenty years ago, when a small, almost-anything-goes club named The Ottobar opened downtown, no one could have predicted it would become an essential part of the fabric of Baltimore’s music scene.

You could barely squeeze 200 people into the original Ottobar, which sat on a dingy stretch of Davis Street near The Baltimore Sun building. (Before housing The Ottobar, the building was home to Chambers, and later, The Talking Head Club). It was hard to find, and even harder to find parking there, but The Ottobar had a devilish streak which drew musicians and artists from across the city. Lungfish, Roads to Space Travel and others appeared there, along with themed nights such as wet towel fighting contests. Named after co-owner Michael Bowen’s cat, Otto, it very quickly became a very popular little club.

After four years on Davis Street, The Ottobar moved uptown to its current home on North Howard Street in Remington. Over the years, The Ottobar has hosted nationally touring bands from the Yeah Yeah Yeahs to Daniel Johnston. But just as importantly, it’s become a second home to Baltimore bands, including Future Islands, J. Roddy Walston & the Business, Wye Oak and Dan Deacon.

But The Ottobar is more than just a club. It’s a scene in itself, with people coming just to hang out at the upstairs bar for comedy nights and two-for-Tuesdays. The club’s success over the years is due in no small part to its owners and staff, many of whom are musicians and artists themselves. Cass McCombs cleaned toilets at The Ottobar, J. Roddy Walston was a bar back.

In this WTMD interview, Ottobar co-owner Craig Boarman and Tecla Tesnau, the club’s head bartender since the beginning, share stories from the past two decades.