Time to clean out the garage.

Now, if you’re Alice Cooper, you might just stumble upon a $10 million Andy Warhol canvas! Cooper came across a red silkscreen print of “Little Electric Chair” (part of Warhol’s Death and Disaster series) rolled up in a tube in his storage locker. Also in storage – the electric chair Cooper used in the ‘70’s as part of his stage set. He’d received the artwork as a birthday present from his girlfriend at the time, Cindy Lang, who’d bought from Warhol for $2500. The last time one of these came up for auction in 2015, it sold for $11.6 million. Some guys have all the luck. 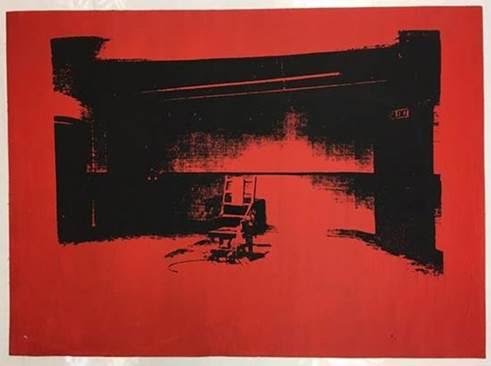