The Replacements will release “For Sale: Live at Maxwell’s 1986” in October 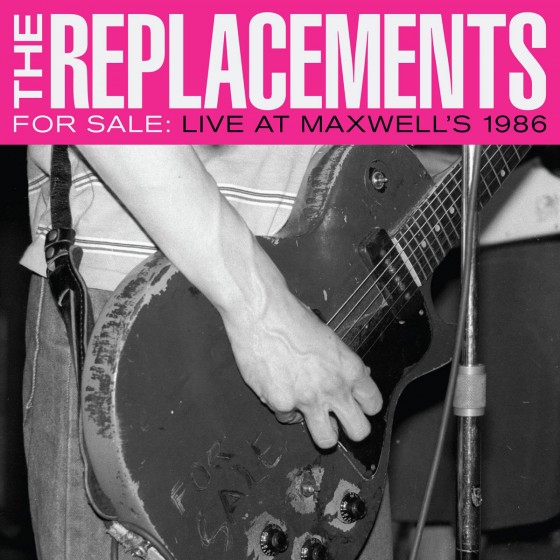 Other than the 1985, cassette-only album The Sh*t Hits the Fans, Minneapolis legends The Replacements have never had an official, multi-format live album release. On October 6th, that will change.

One of the last shows the band played with their core lineup of Paul Westerberg, Bob Stinson, Tommy Stinson and Chris Mars happened at Maxwell’s in Hoboken, NJ, in February of 1986, just a few months before Bob left the band, and lucky for us, they had a 24-track mobile studio on hand to record the whole thing. For Sale: Live at Maxwell’s 1986 contains 29  tracks, including a bunch of songs from Tim, plus earlier selections from their debut Sorry Ma, Forgot To Take Out The Trash, and a number of covers as well. Rhino Records will release the collection as a double album on CD, vinyl, and digital/streaming formats, with liner notes by Bob Mehr, author of the book Trouble Boys: The True Story of the Replacements, who took to Facebook to talk about the release, calling it “the best sounding Replacements live product that anyone has ever heard.”

The announcement comes along with their live recording of “Can’t Hardly Wait” which you can stream over at Rolling Stone. Enjoy, and check the track listing below.