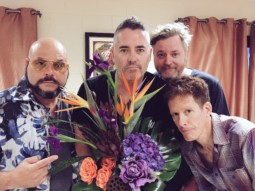 The Barenaked Ladies pose with a bouquet of flowers and offer a Twitter apology for offending Hoobastank.

In case you missed it, the Canadian rock band Barenaked Ladies is currently in the midst of a lighthearted feud with fellow ’90s rockers Hoobastank on Twitter.

In fact, the real culprit is Baltimore musician Dan Deacon. Side note: check out the video for his new single, “Change Your Life (You Can Do It)”.

Earlier this summer, Deacon and a few of his friends went to see Barenaked Ladies at Pier Six Pavilion. Between songs, the guys in Barenaked Ladies were talking about how picturesque the venue is.

“They were like, ‘It’s a really beautiful space, it’s really nice to be up here,'” Deacon said. “We saw these really nice condos that are built here, but I can’t imagine going to sit outside on my waterfront patio and having to listen to Hoobastank soundcheck for about 4 or 5 hours. That would be hell.’ And they went into this improv song dissing Hoobastank. At one point, they were like, ‘I really hope Hoobastank doesn’t hear about this.'” 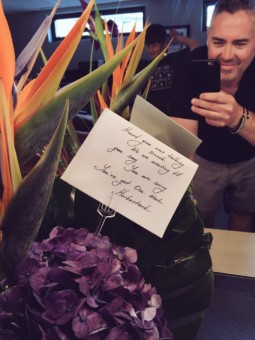 The Barenaked Ladies received this message with a bouquet of flowers from “Hoobastank.”

Later that night, Deacon and his friends were at Club Charles when he got the idea to troll Barenaked Ladies. He saw they were playing an amphitheater in Atlanta a few days later, and sent a bouquet of flowers with a note signed as Hoobastank.

It read: “Heard you was talking smack / We are waiting till you say / You are sorry / You’ve got one week  — Hoobastank”

The Barenaked Ladies posted a photo of the flowers from “Hoobastank,” and then wrote a response:

“Dearest Hoobastank, The Reason we was talking smack, is we was Out of Control. We hope this apology is Good Enough.”

Deacon and his friends started calling it “Hooba-prank,” and waited for the real Hoobastank to respond. But they haven’t — yet. 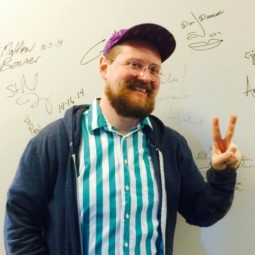 Baltimore musician Dan Deacon, who was behind Hooba-prank 2016.

“Unfortunately, Hoobastank doesn’t have an actual social media presence,” Deacon said. “I think they have a label rep who runs their social media. So they never responded.”

This is the first time Deacon has shared the story publicly, and he’s a little nervous about getting some backlash.

“I feel like I’m going to get an email from someone being like, ‘Thanks a lot, jerk,'” he said. “But it was fun. It cost $60. I actually just got a big photo blanket made up of a screenshot of their tweet. Very happy about it. I love photo blankets.”

But the Barenaked Ladies might already be suspicious. Deacon, along with Diplo and Major Lazer, all re-tweeted their messages to Hoobastank, which puzzled Barenaked Ladies. And who knows if Hoobastank will ever get wind of it?

“I hope they play a festival together and Barenaked Ladies are like, ‘Hey, sorry about that, that was really funny,’ and Hoobastank’s like, ‘What are you talking about?,'” Deacon said.